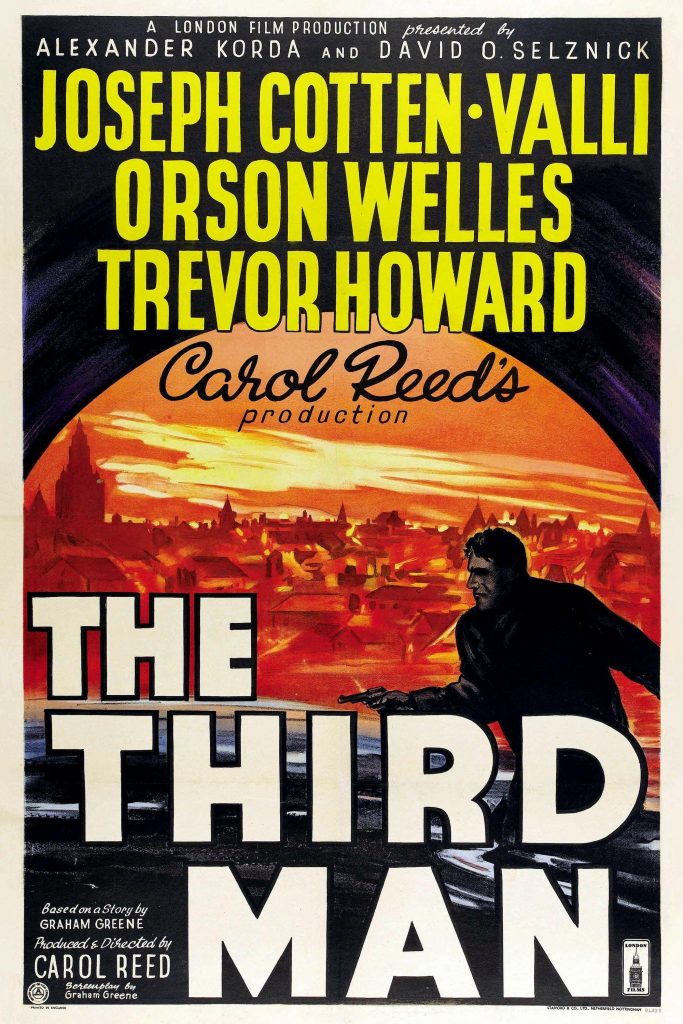 “In Italy for thirty years under the Borgias, they had warfare, terror, murder, bloodshed. They produced Michelangelo, Da Vinci, and the Renaissance. In Switzerland, they had brotherly love, five hundred years of democracy and peace, and what did they produce? The cuckoo clock”

Has there ever been a film where the music more perfectly suited the action than in Carol Reed’s “The Third Man”? Anton Karas is responsible for this unforgettable soundtrack. At the beginning, he wasn’t part of the film, but after one day of filming, Reed and some cast members (Joseph Cotten, Alida Valli, and Orson Welles) had dinner and retired to a wine cellar, where they heard the zither music of Karas, a 40-year-old musician, who was playing only for tips. When Reed heard him, he realized that this music was perfect for his film.

The film begins with the spoken prologue “I never knew the old Vienna, before the war. . .” In the background, it is presented post-war Vienna. After the war, Vienna was divided into 4 zones: French, British, American and Russian. American pulp Western novel writer Holly Martins (Joseph Cotten) comes to the city seeking his old best friend, Harry Lime. Upon arrival, he finds out that Harry was killed by a truck while crossing the street. Martins attends Lime’s funeral, where he meets two British policemen. One of them is Sergeant Paine (Bernard Lee), a huge fan of Martins’ novels, and Major Calloway (Trevor Howard), who says Lime was a criminal and suggests Martins leave town. After the funeral, Martins goes with Major Calloway to have a drink. Calloway says that Lime was the biggest gangster in the city, but Martins didn’t believe him and starts a fight. Calloway sends Martins to a hotel with Sergeant Paine. At the hotel, Martins met Crabbin, who is the head of a discussion group, about culture. Crabbin is offering to pay for his lodging, in exchange for a lecture about American culture at his group.

Viewing this an opportunity to clear his friend’s name, Martins decides to remain in Vienna. He receives a call from “Baron” Kurtz (Ernst Deutch), who tells Martins that he, along with another friend, Popescu (Siegfried Breuer), carried Lime to the side of the street after the accident. After that, he goes to Lime’s place, where he meets the porter (Paul Horbiger), who says that Lime was carried by three men. He also finds out, that Lime had a girlfriend Anna Schmidt (Alida Valli), who was acting in a play at Josephstadt.

From now on the suspense and adventure begin. Who killed Lime? Why? Who is the third man? If you want to find out you have to watch this amazing noir film. This is one of my favorite movies with an unforgettable story, music, and characters. I hope you will consider to watch it because you won’t regret it. 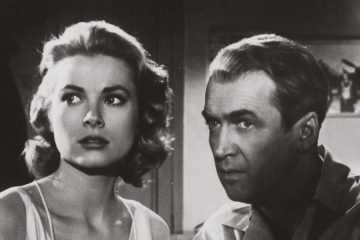