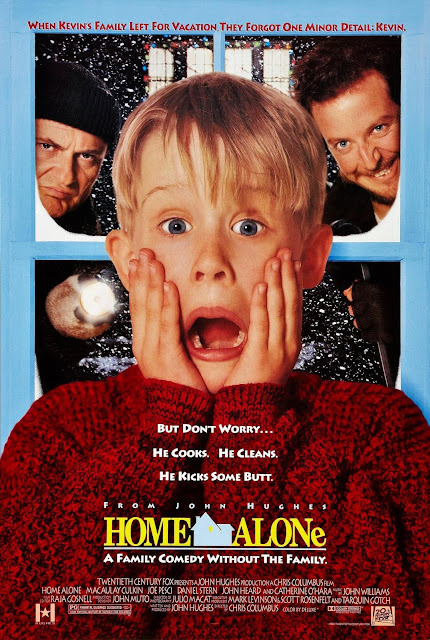 “I made my family disappear.”

One of the most memorable Christmas movies, “Home Alone”, delighted me every year around the winter holidays. But I think I’m not the only one, especially in my homeland, Romania, where one of the biggest TV channel broadcast all “Home Alone” movies in December. For Romanians, this movie is like “It’s a Wonderful Life” for Americans, a tradition.

The story is a pretty good one, with a very big family that decides to spend their Christmas in Paris. The main character, Kevin McCallister (played by Macaulay Culkin) is sent to the attic, after he ruins the family’s dinner and, almost, destroys the flight tickets, because of his fight with his older brother, Buzz. During the night, a tree falls over the power line and causes a blackout, which stops all the alarms in the house. The next scenes are very funny because you see all the family rushing around with luggage on the stairs, up and down. In all this confusion and agitation, Kevin is accidentally forgotten home alone. After a few hours of happiness, Kevin realizes that he misses his family, even his grumpy uncle Frank. The big problem is that in his neighborhood are 2 burglars, who know that his house is empty. From now on, Kevin must protect his house with a very clever and funny operation (Ho Ho Ho). I think that’s all you need to know to watch this great Christmas movie because you won’t regret.

On the acting part, I want to mention Macaulay Culkin, who makes a very good work and, also, Joe Pesci and Daniel Stern (the burglars), who are very expressive in a lot of humorous scenes. Another thing that I liked is the classic Christmas music, which matched with the action perfectly (I want to mention only the “Run Rudolph Run”).

To conclude, I want to recommend you to watch this movie with all your family, because it has a special charm when you watch it with the beloved ones. Season Greetings everyone!

“Keep the change, ya filthy animal.”